Recently somebody said to me something to the effect of:

“we shouldn’t be building cycleways because even if they’re OK in summer, nobody will ever use them in winter”.

I thought I’d take a look into this claim.

A few weeks ago I wrote about some results from the last 6 months of data from the network of cycle counters that Joe had helpfully compiled. Following that, a guru from Council got in touch and very helpfully added a new feature onto Smartview – a button that lets you see and download all available historic data from each count-site (see bottom of screenshot below). 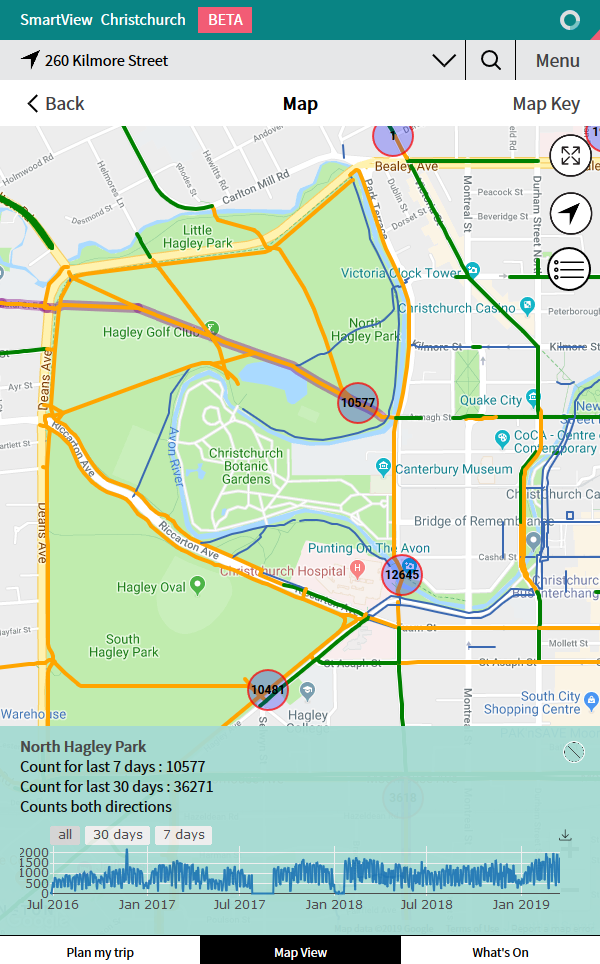 The counter at North Hagley Park seems to be the one with the most data, being installed nearly 3 years ago in July 2016. I’ve had a closer look at this one. As you can see from the screenshot above, there are a couple of periods where the counter looks like it was broken, so I’ve put in some dummy data there.

The graph below shows the raw data for all of 2018 in orange. I’ve then drawn a 7-day rolling average in blue. The year-round average of 931 cyclists per day is shown as a horizontal dotted blue line. 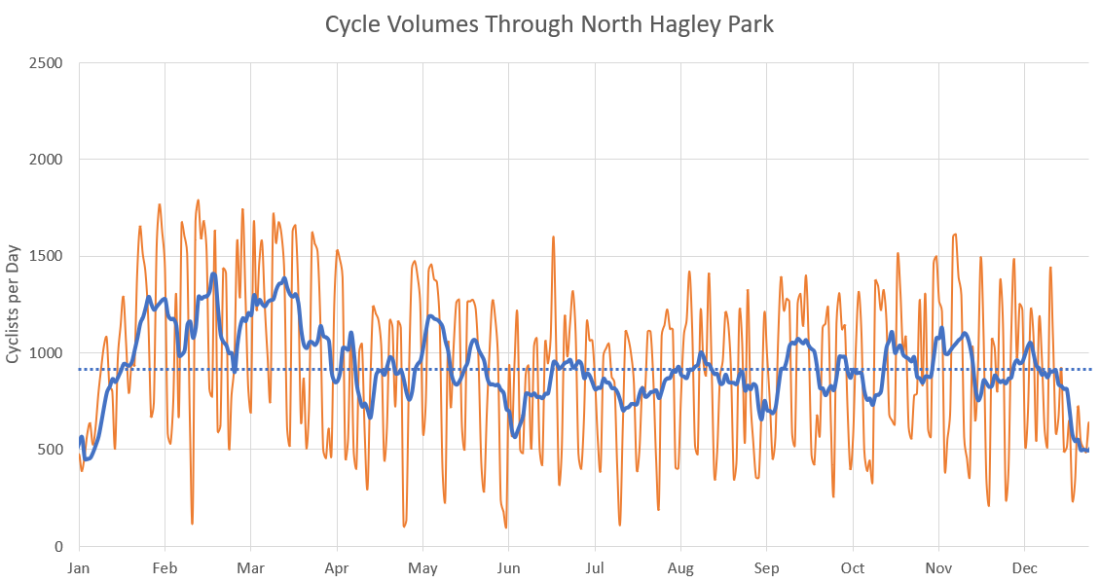 This shows that the lowest numbers are during the holiday period in December and January; the numbers peak in February and March; then they drop off in April, and are pretty steady from April right through to December.

I worked out the average cycle numbers in each season, together with how much higher or lower it was than the annual average:

Summer includes both the really high periods, and also the really low periods when everyone is away on holiday. If you exclude the period from the 21st December through to the end of January, then the summer figure jumps up to an average of 1,024 cyclists per day (+10%).

This data debunks the idea that no one rides bikes in winter. There is a drop-off, but it’s small. Even in the frozen depths of a Christchurch winter, over 800 people a day happily ride through North Hagley Park, which is only 11% lower than the year-round average. Obviously people are a bit more resistant to the cold than some like to think.

Another thing I looked at is how much cycle numbers change on rainy days. I obtained the daily rainfall data for 2018 from NIWA, and plotted the number of cyclists versus the mm of rainfall for each day. Each dot represents one day. 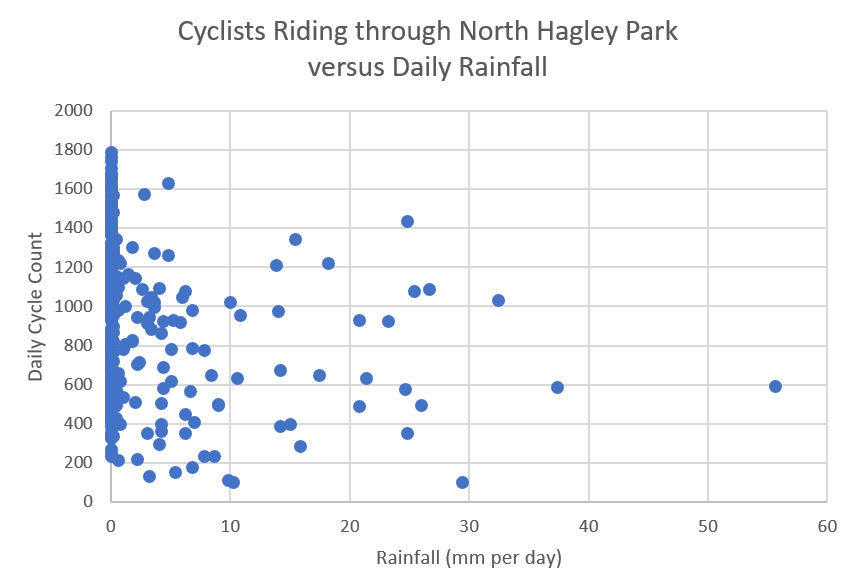 This shows that there’s not really much of a correlation between rainfall and number of people riding bikes. Even on the wettest day of the year (which was 20th February), 600 people still rode through North Hagley Park. This is less than the annual average of 931 cyclists per day, but still quite a few more than none. 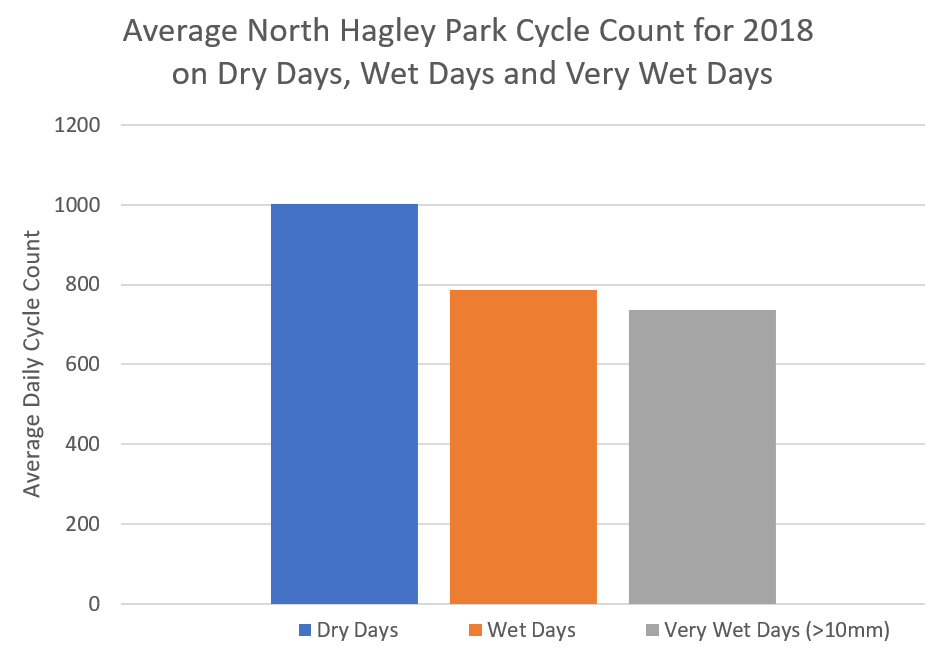 Overall the conclusion is the same – rainy days do deter some people from riding bikes, but the drop off is relatively small, with the majority of people continuing to ride regardless of the weather.

Do you ride through winter? How about really rainy days? Why or why not?

9 thoughts on “Nobody Rides Bikes in Winter! Right?”