I find one of the most frustrating things about catching the bus is getting stuck in traffic. Traffic is frustrating enough in a car – in a bus I find it twice as infuriating due to (a) pulling in and out of bus stops and the fact a bus needs larger gaps than a car means you get delayed even more by it and (b) it feels innately unfair that even though you’re not contributing to the congestion, you still get penalised by it.

It’s one of the big reasons we don’t get as much uptake on the buses as we should – if I had a dollar for every person who’s complained that catching the bus is too slow compared to driving I’d be a rich man.

Bus lanes can fix this, by allowing buses to operate quickly and reliably irrespective of how heavy traffic congestion is. So I thought I’d have a look at bus lanes around the city. This map shows the high-frequency bus network in red, and the current areas where we have bus lanes in green. Note: there are a couple of short sections that I haven’t included as they were too small to see properly – little bits on Manchester Street and around hospital corner. 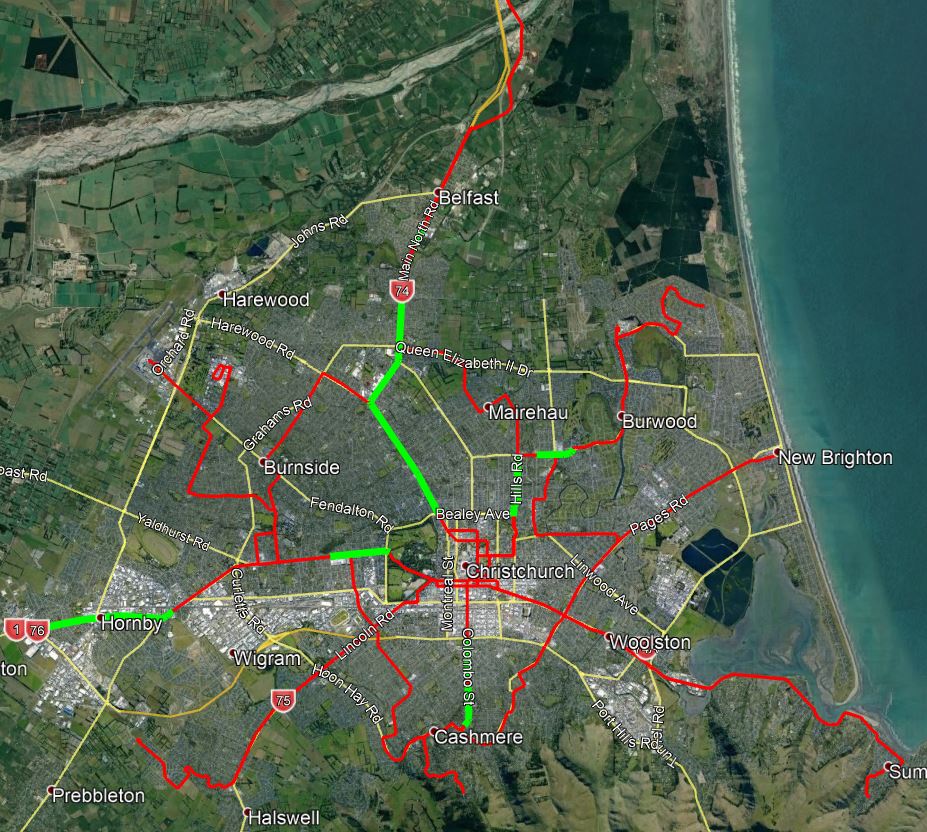 It shows that some of the core bus routes have some bus lanes, but that most of the network currently has nothing.

Bus lanes provide the biggest benefits on roads that are heavily congested. The maps below show typical traffic congestion in the morning and evening peak periods. 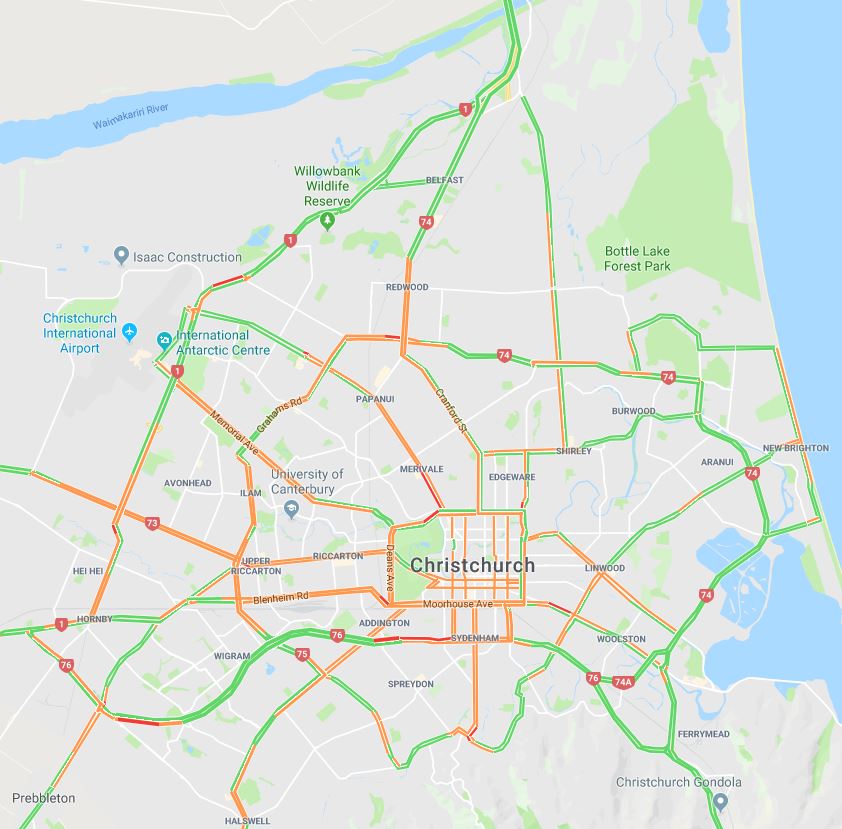 The areas where core bus routes are affected by heavy congestion, but don’t currently have any bus lanes, are:

I’d like to see bus lanes being investigated on all these routes. I’m not sure why bus lanes don’t seem to be a big part of the CBD conversation. Other than a short right turn bus lane on Manchester Street, and a wee bit around hospital corner, there are no bus lanes within the 4 avenues, not even around the central bus exchange. I hope this doesn’t come back to bite us in a few years. Lincoln Road bus lanes have just been announced for consultation – I’ll do a post on this soon.

Thankfully several of the worst congested parts of our network are not parts that core buses operate on, for example both ends of the new Southern Motorway. I’m not sure if this is good management or just good luck.

Another thing this analysis doesn’t go into is the quality of bus lanes. Continuity through intersections and priority at traffic lights (sensors that detect approaching buses and switch to green) can vary widely, and if not done well can mean some bus lanes are pretty much useless, while others are really effective.

The main downside to bus lanes is not the cost, it’s the reallocation of street space. Bus lanes usually mean taking space that was previously used for queueing traffic or parked cars. This downside needs to be taken into account, but it should be done in an objective, quantitative manner, such as by calculating the benefits and costs based on well-accepted economic methods. Instead, it’s usually it’s taken into account in a political manner, which translates as just giving the road space to whoever complains the loudest. This approach is why we have ended up with so many severely compromised bus lanes around the city. It’s currently being played out on Victoria Street, Riccarton Road and Main North Road. I’d love to see us grow up as a society and start being more rational in our decision-making around how best to allocate our publicly owned street space. Hopefully the new suburban parking policy helps start us along this path.

Where do you think we need bus lanes?

13 thoughts on “Where do we Need Bus Lanes?”