Last night we had our second CHAT Club event where Councillor Sara Templeton spoke on the phenonemon known as “Bikelash”. This is basically negative public reactions to attempts to install safe cycling infrastructure. We’ve seen a lot of it here during the Christchurch Major Cycleways construction, and other cities have seen it too (even friendly Dunedin as this hilarious article describes). Fortunately, by spending some time trying to better understand, we can come up with strategies for dealing with it. 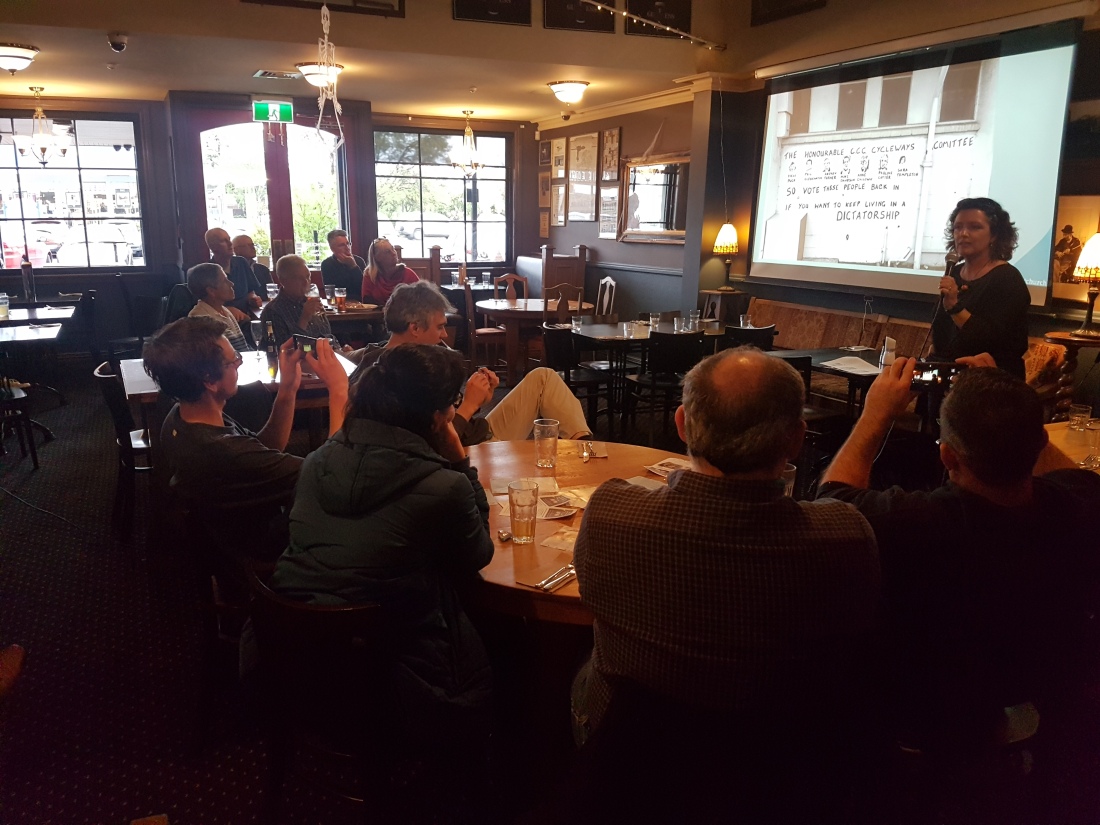 A few key takeaways for me were:

There was some good dicussion afterwards on all sorts of wider things – e-scooters, elderly cycling, then some tangents into trains, rapid transit, speed limits…

Thanks to Sara for presenting. Announcement for the next event will be out soon.