Something that irritates me far more than it should, is when people put up signs that say “no bike parking” but don’t tell people what they are expected to do instead.

My local dairy has this sign on the window:

But there is nowhere else where you can put your bike; no bike parks, not even a handy pole or tree nearby. As a result everyone just leans their bikes on the glass anyway. This is despite there being plenty of space for some bike racks- it has a surplus of  on-site car parking and lots of on-street car parking too.

There’s a real estate agent on Moorhouse Ave with these signs displayed all through their on-site car parking area: 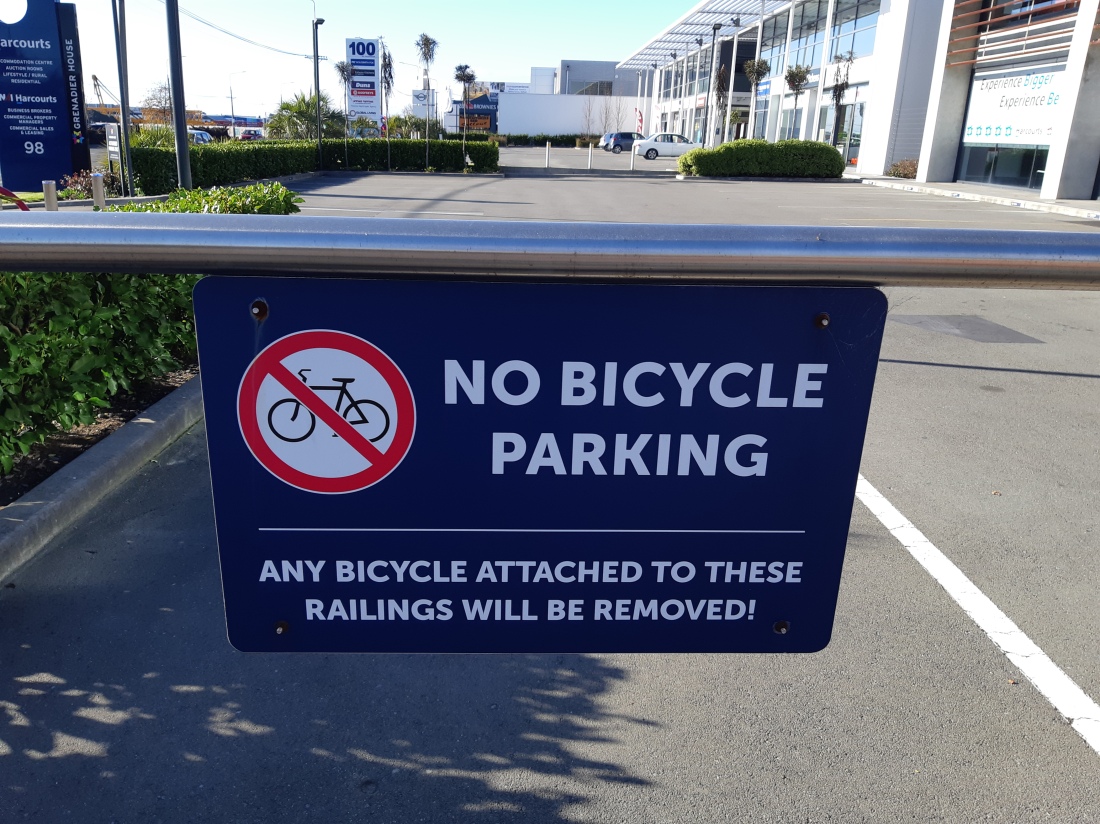 To their credit, they have at least made a token effort by providing some quite styly bike racks. The only problem is that these are sandwiched between their driveway and a garden so are essentially unusable – your bike is either in the garden or in the driveway. 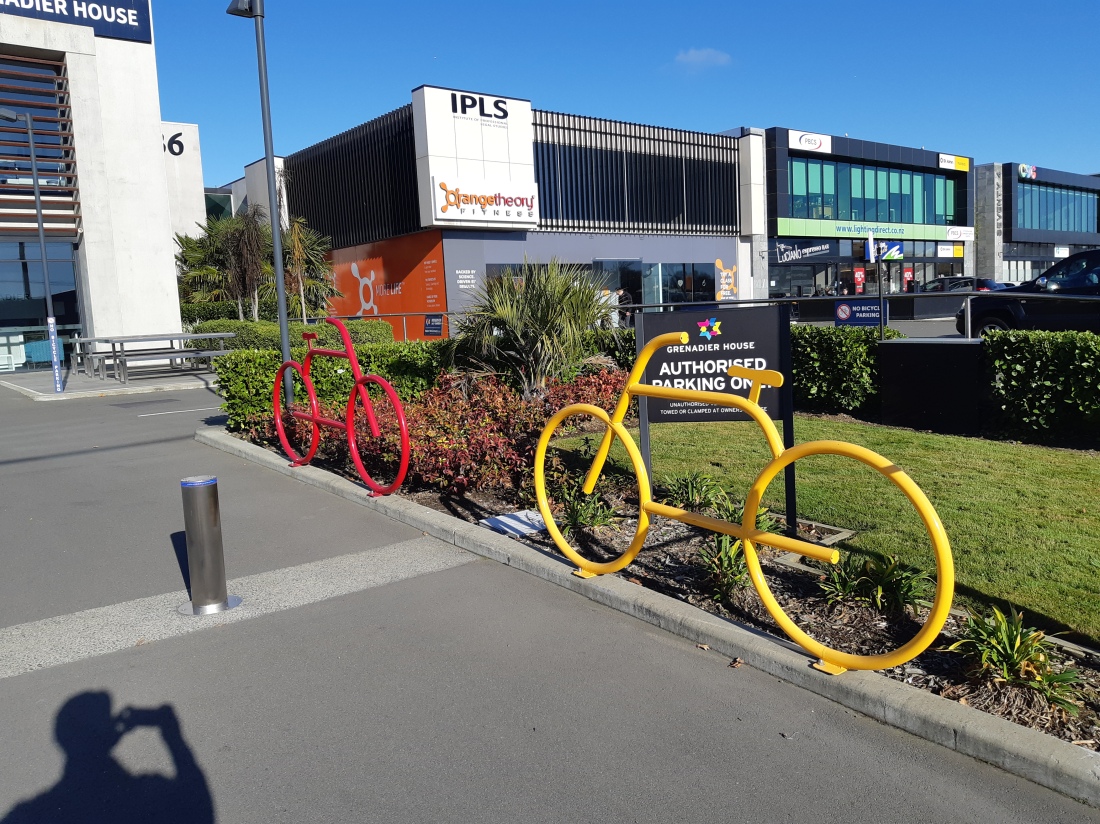 Then there’s Christchurch hospital, with these signs stuck on fences around the site.

Christchurch hospital does have some bicycle parking, the problem is that it is far too little for the several thousand people who bike there everyday. Every time I’ve gone to use them they’ve been full.

So then you look to a nearby fence or pole, only to find these all taken as well, even the quite dangerous ones.

It’s unclear what you’re supposed to at that point. Bike home and come back in the car? It’s obvious that the hospital could improve access very cheaply by installing a few more bike parks. Again there’s plenty of space if they were just willing to remove a small number of car parks. Riccarton Avenue and Oxford Terrace are both lined with on-street parking, which could easily accommodate a few of these units (designed to fit in a carpark).

If people are clearly biking to a place in greater numbers than the bike parking provided, it’d be nice if we could put some bike parking in rather than just signs saying that people on bikes aren’t welcome. That seems to me the quickest way to push people back into their cars again, with all the societal costs that incurs -which are far greater than the cost of a few bike racks.