I was recently having a look through some of the public transport statistics on the Ministry of Transport website. I found some of them fascinating and help clarify what we’re looking at in Christchurch, so thought I’d share some of the more interesting stats.

A lot of them are based on the household travel surveys and are not particularly new, others are based on public transport data the Ministry collect.

Firstly, how many people have used public transport in different cities around NZ? 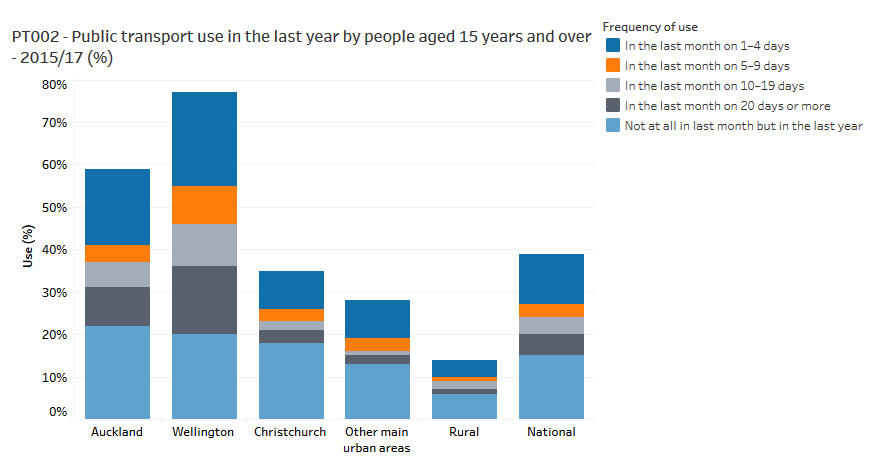 1 in 3 adults in Christchurch have used public transport at least once in the last year. This is higher than I expected, although still a lot lower than Wellington and Auckland. It drops off a lot if you look at regular users – people who used the bus more than 10 times in the last month (the 2 grey bars) only make up 5% of the population, compared to 15% in Auckland and 26% in Wellington.

Secondly, what do people use public transport for? 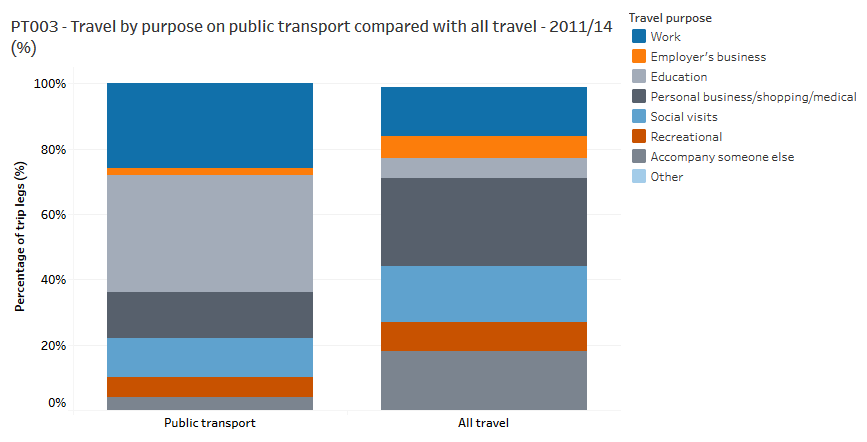 Nationwide, public transport tends to be disproportionality used for trips to and from work (dark blue) and education (light grey), and not used so much for trips relating to personal business/shopping/medical (dark grey), or “accompanying someone else” (mid grey), which presumably is largely ferrying children around.

How does public transport use relate to car ownership?

Nationwide, public transport use is inversely related to car ownership.

What cities do we spend our public transport money in? 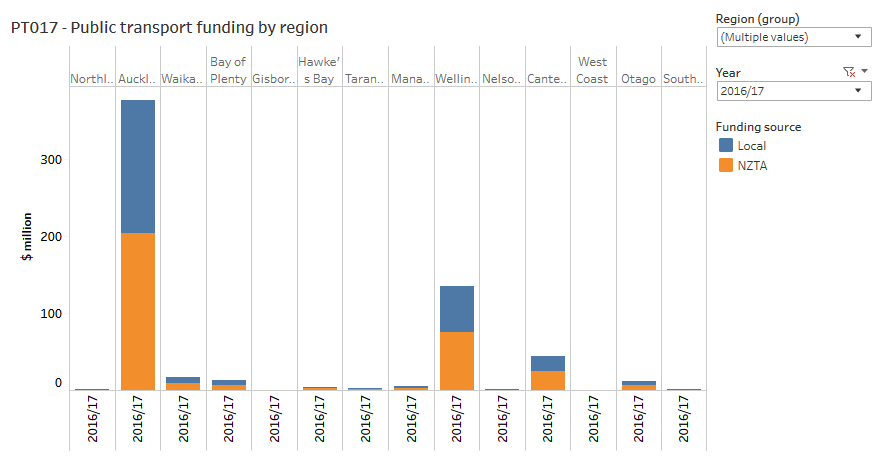 So if we spend far more per capita on public transport in Wellington and Auckland, does that mean we are subsidising them more? The graph below shows farebox recovery rates (the proportion of bus costs that are recovered through fares). 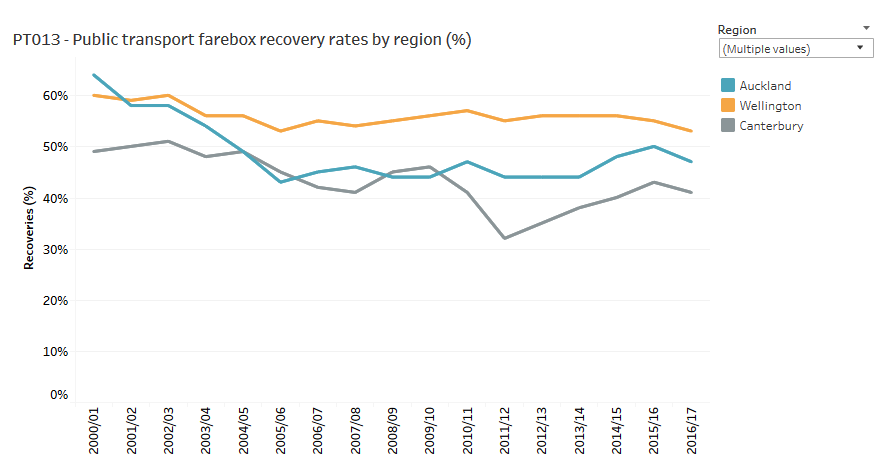 Perhaps unintuitively, the answer is no. The places we spend more money on public transport have higher farebox recover rates, with Wellington leading the way, Auckland following and Christchurch lagging at the back. We should keep this in mind when thinking about investing more money on improving Christchurch’s public transport. If we spend our money wisely it should attract patronage so the subsidy per passenger will be lower than what it is now. {A disclaimer – I’ve only included the large cities in this graph – some of the smaller regions have very high farebox recovery rates – the West Coast leads the country with 75%. But in places like that we are talking about completely different transport systems to our cities, and I don’t think they are comparable}

There’s lots of other good data on the Ministry website so have a look there if you’re interested.